The LS-SPIKE module for LabScribe Software is a Spike Sorting Analysis Module that allows users to automatically calculate parameters from Nerve spike data.

Spike sorting is used in the analysis of electrophysiological data. Spike sorting algorithms use the shape(s) of waveforms collected with one or more electrodes to distinguish the activity of one or more neurons from background electrical noise.

Spike sorting refers to the process of assigning spikes to different neurons. The exact time course of a spike event as recorded by the electrode depends on the size and shape of the neuron, the position of the recording electrode relative to the neuron, etc. These electrodes, positioned outside of the cells in the tissue, however, often ‘see’ the spikes generated by several neurons in their vicinity. Since the spike shapes are unique and quite reproducible for each neuron it can be used to distinguish spikes produced by different neurons, i.e. to separate the activity produced by each. 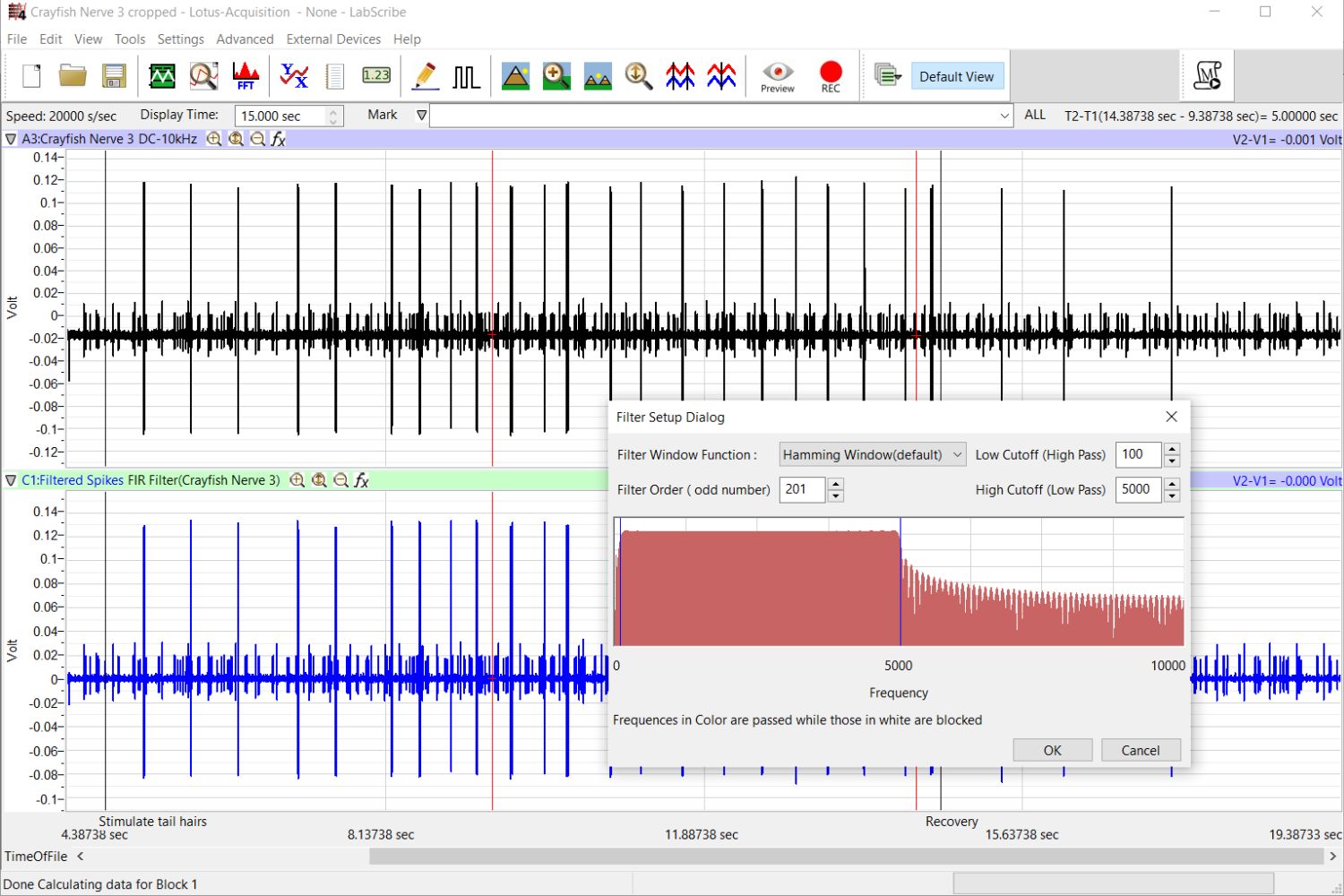 Use marks to mark identify the regions of interest such as baseline, stimulus etc.

Analyze a selection or the complete data file.

Sort the various spikes into types using the height and width of the spike . 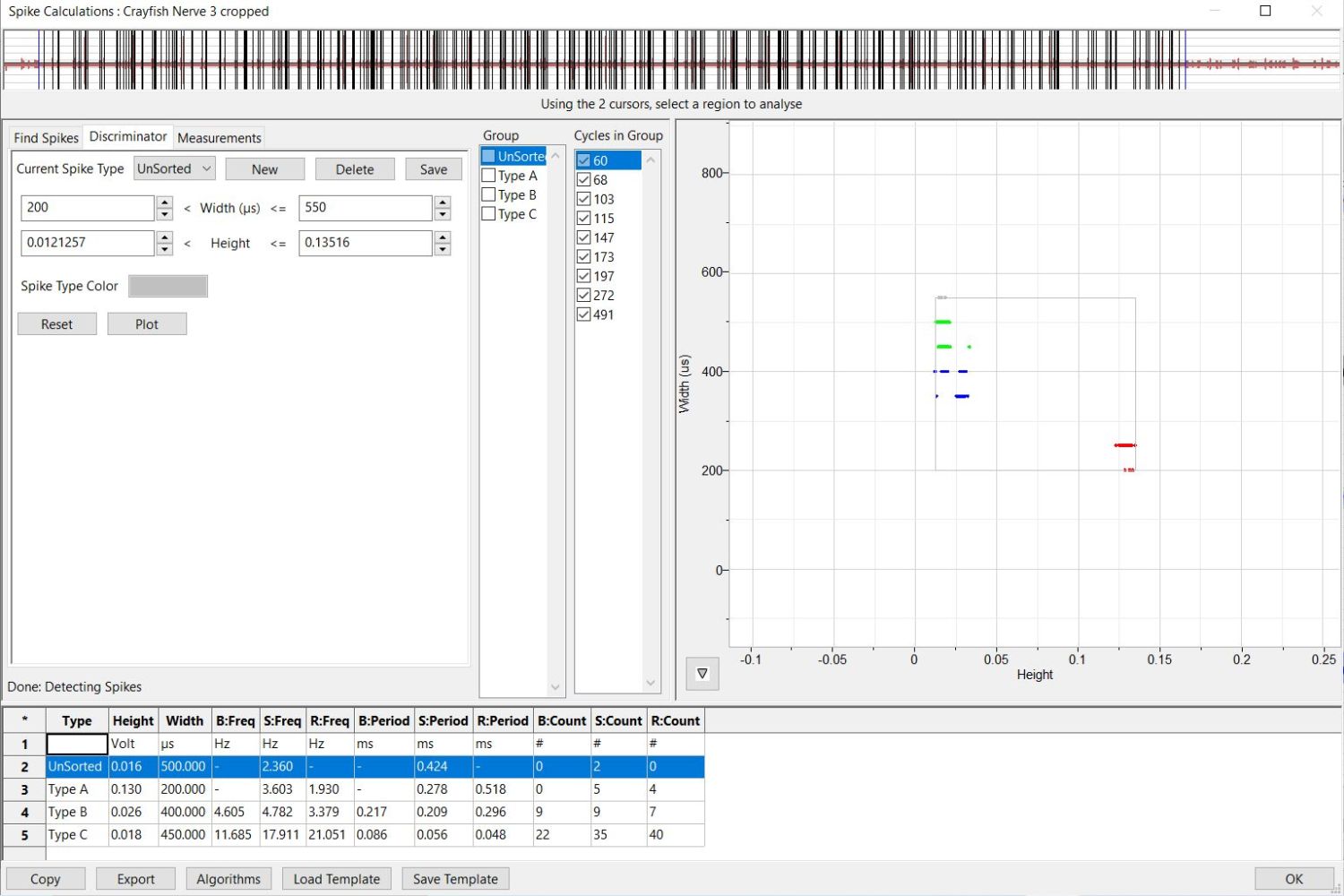 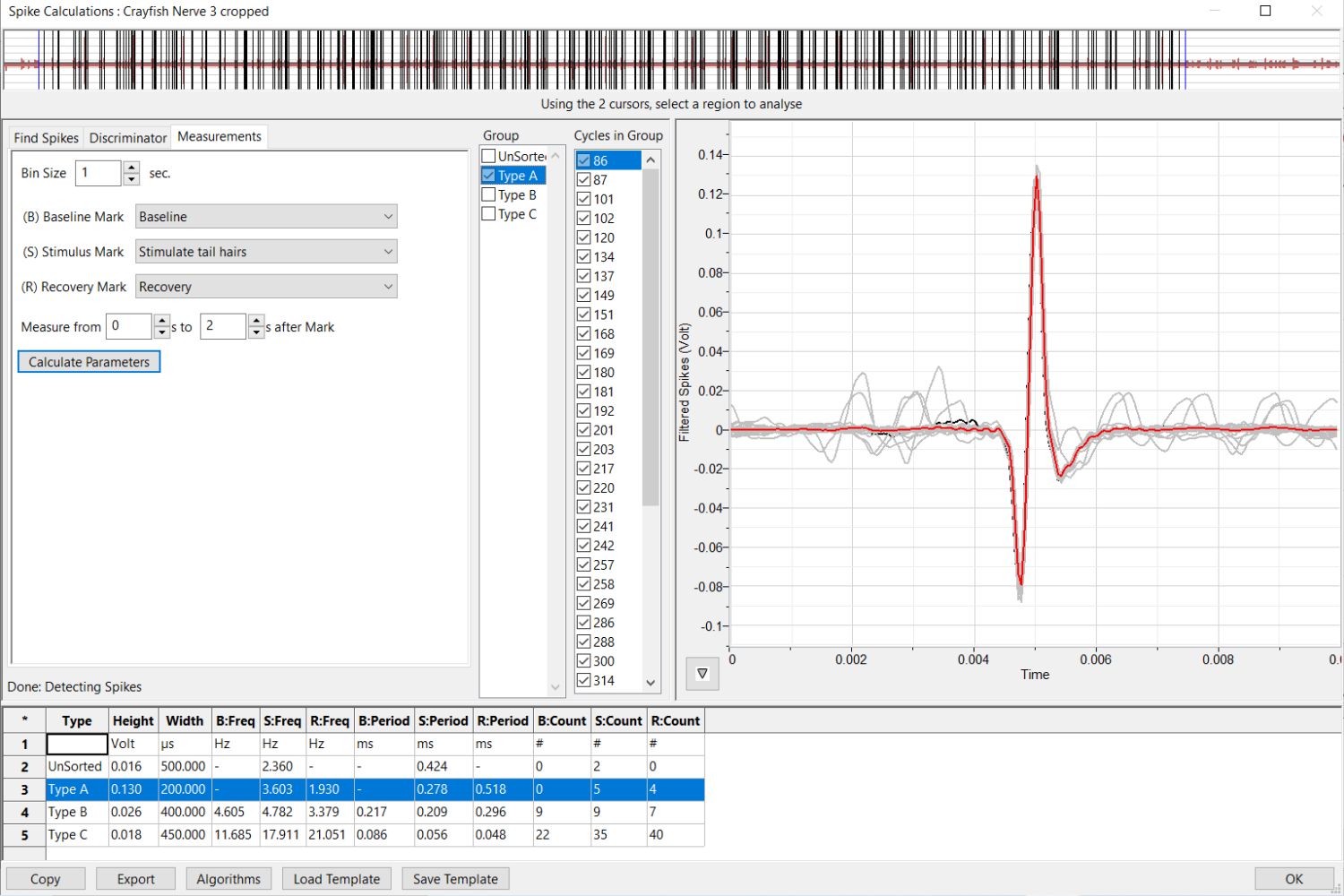 Set the Bin Size for the histograms. The Histogram displays the number of spikes in a bin vs time.

The Data set can be marked for 3 regions, Baseline, Stimulus and Recovery. Choose the marks in the record corresponding to the 3 regions. Marking the data into these regions helps in the analysis, since typically we want to see the difference from baseline when a stimulus occurs and then we want to see how fast the recovery takes place. 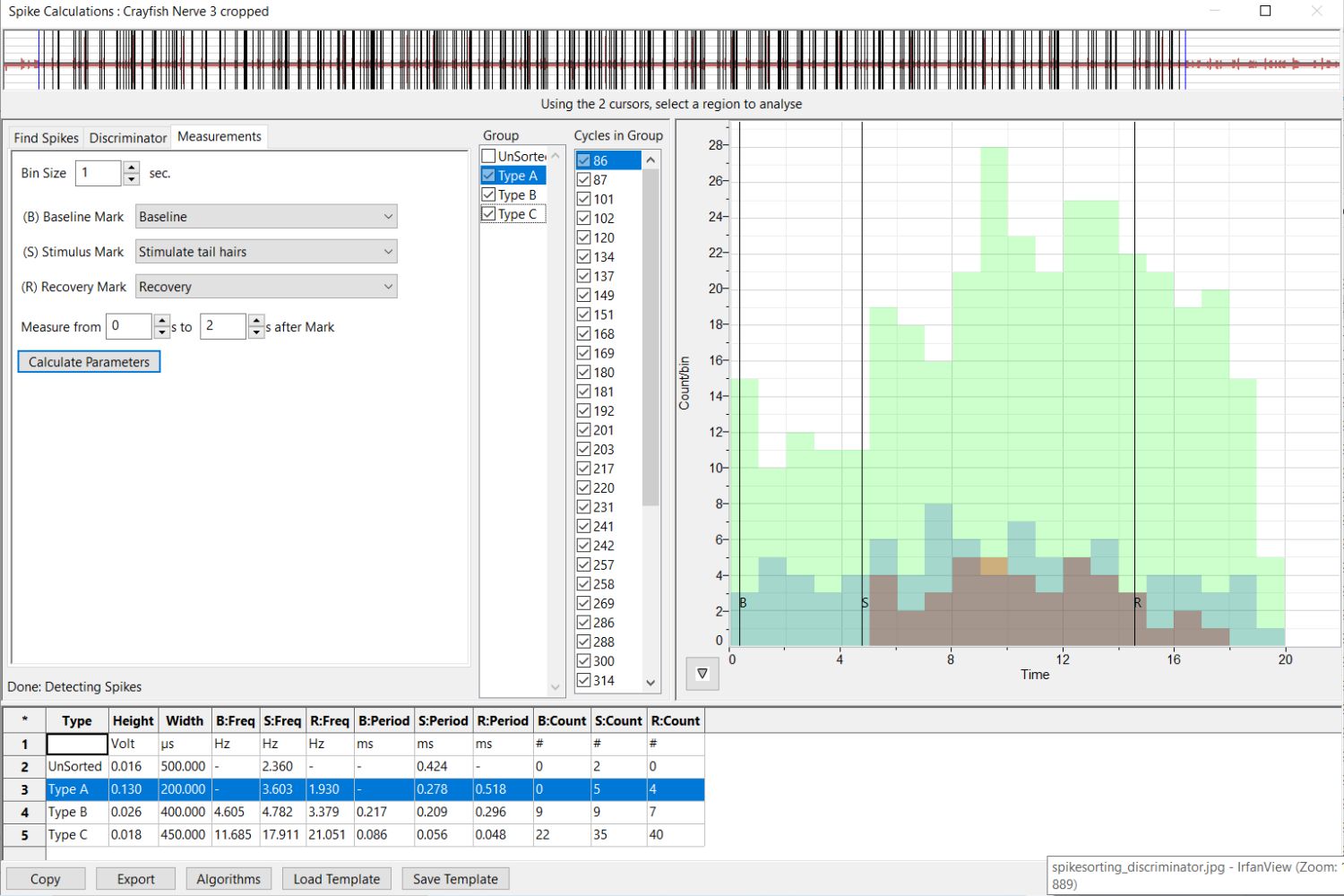